If you are a Polkadot investor of its native DOT tokens, you are required to voice your opinion on the first vote post-launch in which the community is seeking to redenominate the value of a single DOT token – also called a Planck.

According to a blog post penned by Polkadot developer Web3 Foundation’s President Gavin Wood on Monday, the vote is now live and will be open to all DOT holders for the next two weeks.

“A vote has been started that will alter the course of Polkadot and define the final denomination of its native DOT token. It affects all Polkadot stakeholders,” he wrote. “If you have claimed your DOT on the mainnet, or you plan to, then you can — and should! — vote.” 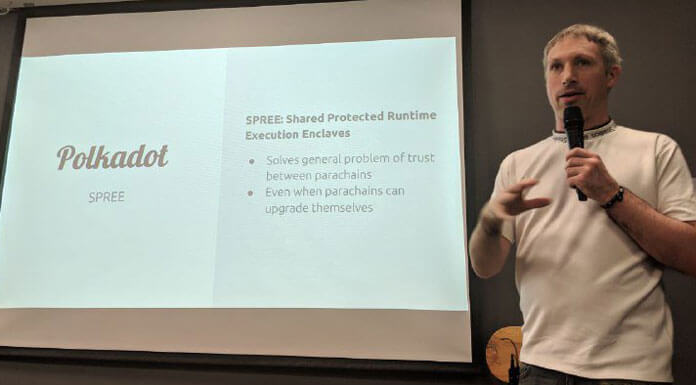 The redenomination vote will see the value of a single DOT token either reduced or maintained. This is because there are four options given to all participants: to either maintain the current denomination value or increase it by multiples of 10, 100, or 1,000. Consequently, this is expected to reduce the value of each coin by the same multiple.

The redenomination was necessitated, according to Web3 Foundation, by the need for a more divisible token. It is essentially to avoid the need to use decimals when denoting the value of the smallest DOT token. The same ‘problem’ currently afflicts most of the leading blockchain networks such as Bitcoin which has multiple denominations to a factor of eight for the smallest denomination called Satoshis.

In a tweet on Monday, Web3 Foundation wrote that the DOT tokens should have been redenominated right from the start when the Polkadot network launched back in 2017.

“The decision to start with 10mn DOTs was made in 2017, and since then it has become increasingly clear that 1bn DOTs is a more logical initial supply for [Polkadot].”

Polkadot is an interoperability protocol network that aims to make diverse blockchains more interrelated and interoperable. This will ensure that data can be shared between various networks, something that is hard to achieve currently.

The network launched its mainnet in May this year and this means that any DOT tokens that will be used for the voting exercise will be live tokens. However, Web3 Foundation was quick to mention that the vote will not, in any way affect the mission of the protocol. The redenomination “does not impact the network’s mission, core values, staking economics or roadmap,” the foundation wrote in the tweet.

If you found this article interesting, here you can find more Blockchain and cryptocurrency news