The cryptocurrency markets are in a bit of an awkward state right now. Bitcoin is showing plenty of weakness, which doesn’t bode well for any of the alternative markets. Even the Polkadot price is under a lot of pressure, but it can bounce back quickly as well.

It is not entirely surprising to see the Polkadot price drop by nearly 16% all of a sudden. This new asset has had a remarkable uptrend in the past week and a half. Sustaining such a steep level of growth is virtually impossible under any circumstance. No matter how popular a crypto asset may prove to be, there will always be a correction sooner or later. 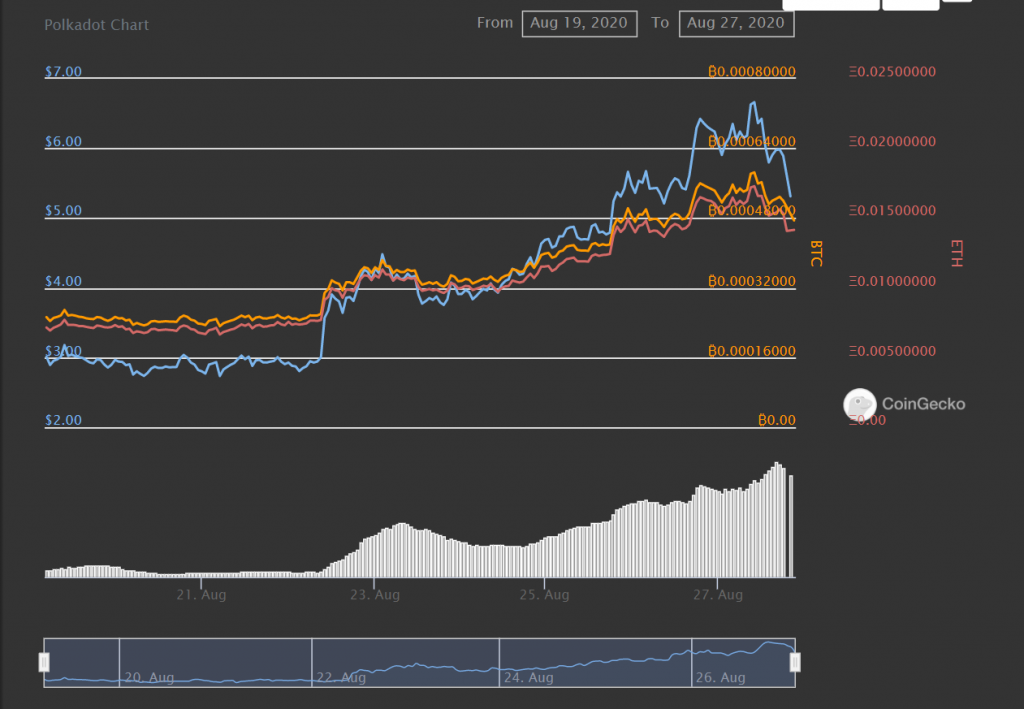 For DOT, that correction is kicking in right now. It is not just this asset, as Bitcoin is dropping like a brick once again. Overall confidence in this cryptocurrency seems feeble at best, and there is no indication of returning to$12,000 in the near future. As such, DOT is losing value across the board, even against BTC and ETH. That will be interesting to keep an eye on in the coming days.

Behind the Polkadot scenes, things are certainly heading in an interesting direction. For a new project, it is only normal to see plenty of developer commits in the past 6 months. It is proving to be a very interesting layer to build on top of, as there are numerous projects already under development. 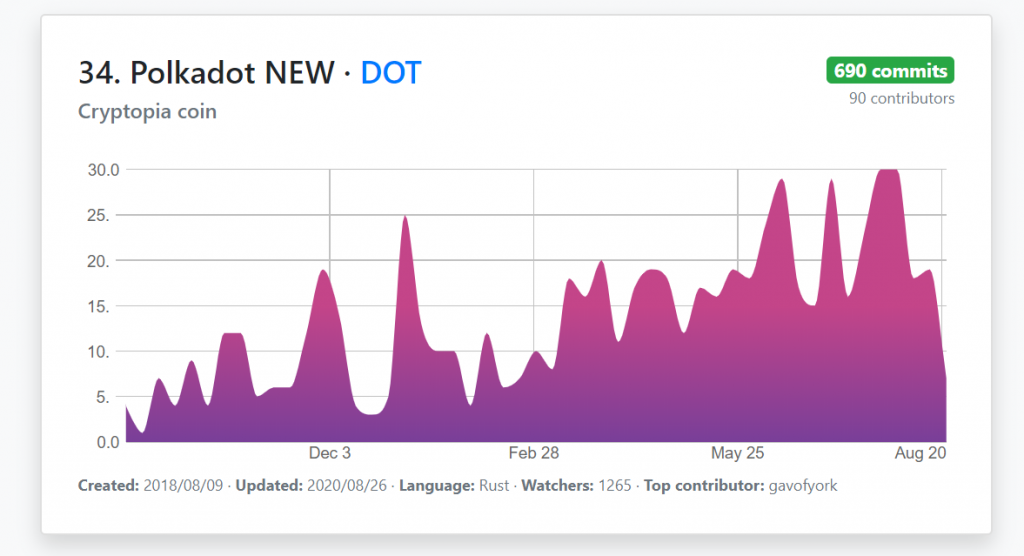 Judging by this activity alone, Polkadot has seen more activity than Ethereum. A remarkable feat of strength, but it remains to be seen what the future will hold exactly. With plenty of potential, and dozens of projects in development, the current outlook is very bullish indeed.

Contrary to most other altcoins and tokens in the space, Polkadot has no previous social statistics on LunarCRUSH. That is to be expected, as it was launched not that long ago.  Even so, the current social sentiment seems to be hitting its stride. There is a decent amount of volume, and more than plenty of social engagement to go around. 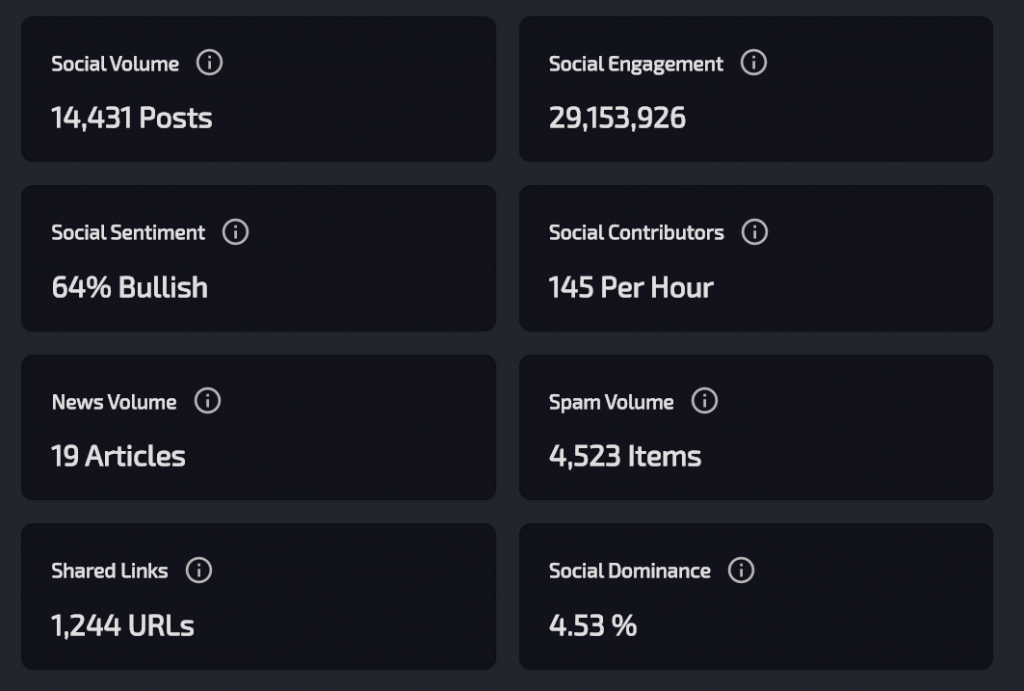 With no real news volume as of yet, this is one aspect the project needs to work on moving forward. There are a few articles here and there, and more will pop up eventually. This is a project designed for actual development, rather than speculating on the Polkadot price. That being said, the DOT token will benefit from an increase in social activity as well.

One crucial aspect of any cryptocurrency is whether or not there is plenty of liquidity. According to Messari, Polkadot has plenty of liquidity as far as the market cap is concerned. So much so that the project ranks in fifth place, well ahead of Bitcoin Cash, Litecoin, Stellar, Bitcoin SV, and Cardano. A remarkable turn of events for such a new project.

This liquidity will prove useful for the future Polkadot price momentum. After all, there is still plenty of room for future growth in terms of DOT value and overall market cap. For now, all markets will remain subdued while Bitcoin is off doing its own thing once again. Decoupling from BTC would benefit the Polkadot price, but that is much easier said than done.